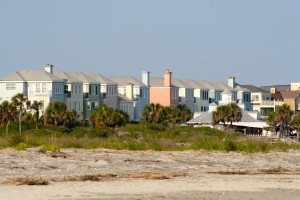 A homeowner of an historic house in downtown Charleston, South Carolina, previously had $300,000 in coverage on his building with a $1,000 deductible and a premium of $4,803. Considering the house had been in good condition for two hundred years and had never experienced any flooding over that time, Palmetto Moon suggested the homeowner raise the deductible. Now the home has $300,000 in coverage with a $50,000 deductible and a premium of only $2,490. That’s a savings for the homeowner of $2,313 a year. If any flood damage should occur for the first time in two hundred years, the homeowner could pay for minor damage out of pocket from the savings he’s making from his new insurance plan.